* Please note, as of April 1st our store will be closed on Saturdays.
DIY
Root Beer
Enjoy a traditionally medicinal
and refreshing beverage tailored to you!
Home-made root beer can be fun to make and can be more flavorful than the store bought stuff. 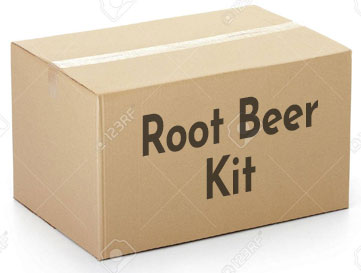 Pick up our root beer kit. It includes all the herbs you need to get you started. For the more adventurous, pick and choose individual ingredients required for your own formula.

There are a lot of recipes out there for home-brewed root beer. We suggest picking a recipe as a starting point and then tweaking it, experimenting with different ingredients.

Do you wish to make root beer tea or an actual alcoholic beverage / confectionery soft drink? For the latter, a few extra steps are required at the end to ferment your root beer.

First you need to make your root beer herbs into a liquid beverage, so start with the easiest method, i.e. a simple tea. Each cup of tea will use approximately one teaspoon to two tablespoons of herbs in total, depending on how concentrated you want the taste. To begin, try a combination that adds up to approximately one tablespoon of herbs per cup and make the tea weaker or stronger as needed.

Use one-half teaspoon each of: Then add one-quarter teaspoon each: You will now have close to one tablespoon full of herbs. Pour a cup of boiling water onto the loose herbs and cover. Let the mixture steep and infuse for 20 to 30 minutes then pour through a mesh strainer. If you want to ferment your root beer to get a frothy alcoholic beverage proceed with fermentation.

Otherwise, you now have a ready-to-drink tea made from the herbs used to make root beer! Add honey to taste when hot then refrigerate. Then, add carbonated water and drink cold. You have essentially hacked the soda pop known as "root beer" and made a healthy home version. The refrigerated tea will keep 3 to 5 days, just like iced tea or soup.

To make a frothy alcoholic beverage of the root beer teas you need to add a fermentation agent such as: Stir unrefined cane sugar into the hot infusion. Let it dissolve and allow to cool until it reaches blood temperature. Then stir in the fermentation agent (ginger bug, fresh whey etc.) and pour into bottles. Leave at least an inch head space in each bottle. Let the root beer ferment for three to four days at room temperature, then transfer to the refrigerator for two more days. When you are ready to serve it, open the bottle over the sink as the contents will be under pressure.

The most obvious ways to make the tea taste stronger are to use more herbs per cup, and/or increase the steeping time. It is unlikely that more than 2 tbsp herbs per cup will be needed, and a steeping time of 1 day (in the fridge) before straining is likely the maximum you need. Stronger than 2 TBSP and a one-day steep is not recommended. If stronger is desired, the next step is to BOIL the herbs and water as follows: put herbs in cold water first, then bring to boil covered and reduce to a low simmer, covered, for approximately twenty minutes, then strain. Use as described above in the basic recipe.

Working with the above principles, you can add many things, although you will likely need to make most of your root beer flavor from the Sassafras bark and the Indian sarsaparilla, experimenting with balance. Common additions include Birch bark, Vanilla beans, Ginger, orange peel, and Licorice root, which comprise the extras in our DELUXE kit. Other popular ingredients include Wild Cherry bark, Cherry stems, Fennel, Anise seed, Star anise, Bitter Orange peel, Roasted Dandelion root, Chicory root (raw or roasted), and more. We have on-staff herbalists to help you if you need more ideas.